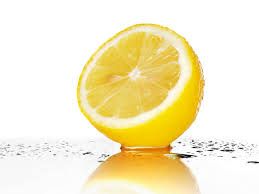 Life Gave Us a Lemon

This is a new blog for us. I find writing therapeutic. I've written posts and blogs and emails only to delete them. I am sure that after the fact I could find something in them that I wish I'd posted. Case in point...I drafted up a year end blog to be posted here on Team-Marsh.com. In retrospect I didn't know just how accurate it would end up being, but not for the reasons that I thought.

I wrote things like "I am ready for what is next", "focus on Amy's racing", "call it a transition", "no regrets". But I didn't post it. I was waiting for December 31 or January 1. It really didn't seem to matter at the time. The last edit on my post was December 22, but it was drafted well before that. This post takes its place. Day 0 was December 23.

On Tuesday, 23 December 2014, Amy was diagnosed with Acute Myeloid Leukemia (AML). The Dr. is optimistic that Amy will respond well to the treatment though it is still very early. Positive vibes, thoughts, prayers, etc. are welcomed.

There has been a whirlwind of information. At this time AML is kind of a 'shit happens' or 'bad luck' diagnosis. There isn't really a single cause to put your finger on. It is a cancer of the bone marrow and blood cells. Because it is 'acute' as opposed to 'chronic' it moves quickly and as such, we needed to as well. Amy is currently at Seton in Austin and has about to finish her 4th of 7 days of chemo.

One question has been how did you get here or find this? Since summer 2012 we have gone to Flagstaff, AZ for training. Prior to our trips we get blood tests to get baseline values before spending time at 7,000 feet elevation. Amy's blood tests this year had a couple of oddities, and after IM Frankfurt she went to see her G.P.. She had a case of the shingles. Between August and just before Thanksgiving we had a few normal blood test run and there were several counts that were off. She was not anemic, her platelet counts were normal, but something was definitely off.

We took the first available hematology appointment which was 18 December 2014. A bone marrow biopsy on Friday 19 December 2014 pending the basic labs from the appointment on the 18th. We needed the bone marrow biopsy. On Tuesday 23 December 2014 we received the diagnosis of Acute Myeloid Leukemia. The Dr. was surprised of the diagnosis as well since Amy was generally asymptomatic. Other than the blood counts and some general tiredness. General tiredness for an IM athlete! Who isn't generally tired with the training loads? She had no real other symptoms. Her overall general health definitely helped the Dr.'s positive outlook as well as the fact that her blood values and bone marrow biopsy results could have been a lot worse.

We know that there are a lot of questions. We are taking things day by day ourselves and have questions of our own. The staff at Seton and Texas Oncology in Austin have been first class.

The American Cancer Society is probably the best place too look. Here is the blog of one of Amy's former teammates. It is positive. That is the goal. Feel free to post well wishes in the comments section of the blog as this will be where we will take care of updates, etc. We're saving calls, texts, and emails for those closest to us. Twitter and facebook messages won't be ignored, but not all be responded to. This blog right now is our update method.