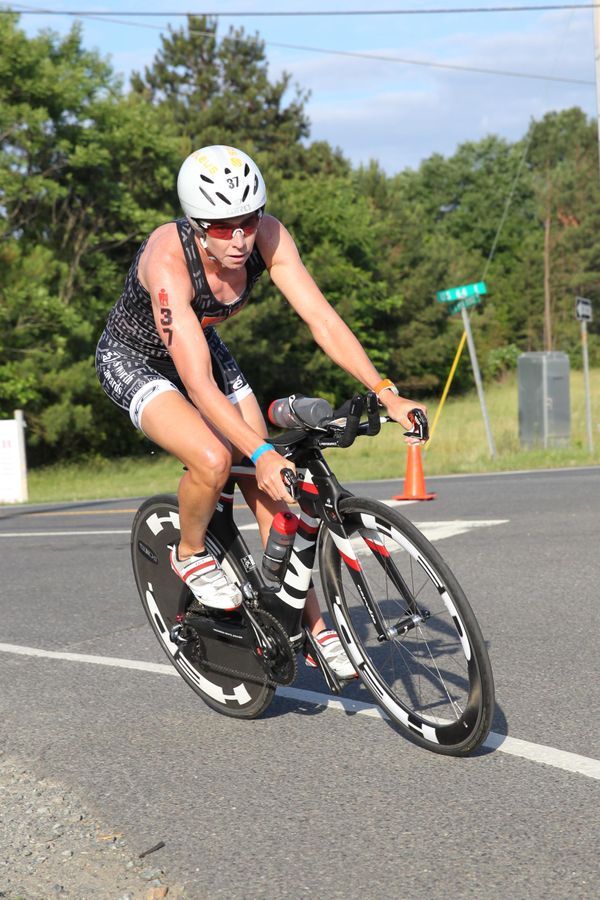 In case you were wondering, no Amy will not be defending her 70.3 Raleigh title this weekend. Last year, she won the race then headed to Flagstaff for training and later Germany where she would finish 5th at Ironman Frankfurt. When she returned, and had raced with a case of the shingles, that was really the first true inkling that we had something might be a bit off.

Amy made the analogy very early in this process about this being like an Ironman. This was back in probably January. She was in the swim portion of a 140.6 mile race. An Ironman, for those of you who do not know, is a 2.4 mile swim, 112 mile bike, and a 26.2 mile run.

Yes, it is all in the same day. Yes, the clock keeps going. Amy won 4 Ironman races and 2 Iron-distance races (Ironman is trademarked so you can't use their name unless they own the race).

There are two really difficult parts of an Ironman that happen before the race ever starts. The first is getting to the starting line healthy. This is a challenge for a lot of people. Healthy meaning not injured and healthy meaning not sick. If sick or injured, it is generally not a great idea to start the race. For an age grouper it can also be a very expensive proposition to have a DNS (did not start). Nevermind the training 'expense'. The entry is almost $1k and travel can typically total $5k or more.

The second thing is to get to the start in a good mental frame of mind. As a coach, it is my goal to have my athletes be tired of training and ready for the race to hurry up and get there about 3-4 weeks out from the race. Any more than that, and they are likely a bit over-done a bit too soon.

Such as it has been for us (Amy mostly) and the stem cell transplant process. She was a bit sick so it was postponed. Then we had to schedule around Memorial day. Luckily we were not affected by any of the weather (flooding) in Austin or Houston. And whether ready or not, it was time to get to the starting line. You've committed to it, and then it's race day.

Wednesday night was the 'oh shit' moment that almost every athlete has in their career, especially as one lines up for an Ironman or even your first triathlon. It's actually a moment that most people have at some point or another when they start a new endeavor of some type. For us it was actually checking in to the room at MD Anderson. You can't wait for the start to get there, and when it does it's a mix of happiness and scariness.

So, we're off. The cannon boomed early Thursday morning before I got to the hospital and before any sane person was awake. That's when her chemotherapy started. It's Friday afternoon, and Amy has finished her 2nd day of chemotherapy prior to her stem cell transplant. 2 more days of chemo and a day of full body irradiation. Still on track for a June 4 'birthday'.

Stay tuned, and good luck at your races.