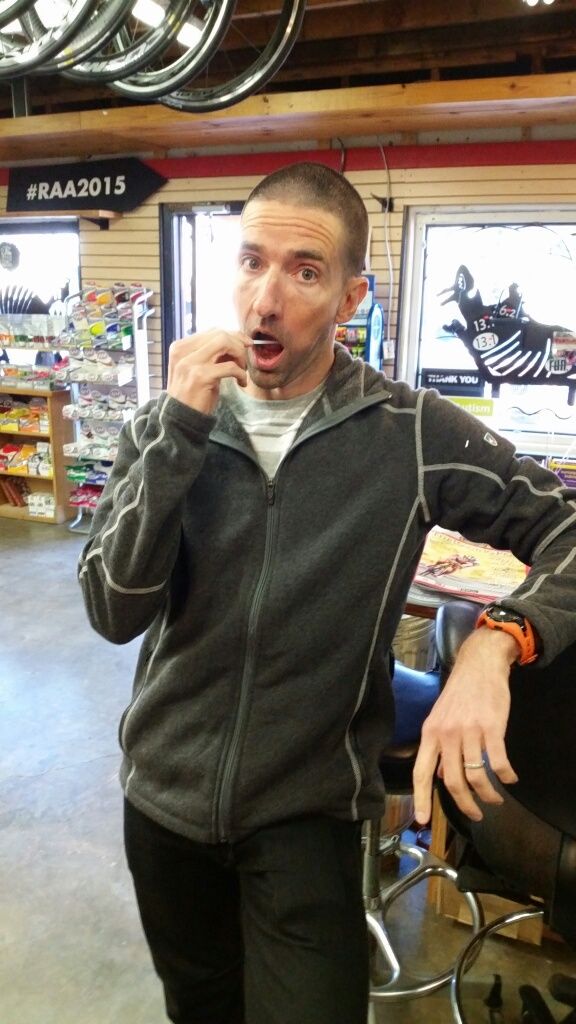 It's a bit fitting that it's Friday 13th, though if there was another bad luck day it was the 12th. Good news on Friday 13th is that Amy is 'dentally cleared' for her stem cell transplant.

Amy had her follow-up at MD Anderson with the Stem Cell Transplant (SCT) yesterday. I think that I have written before, but for most patients with blood cancers, or even sickle cell anemia, the best path forward for long term prognosis is with a SCT.

We blogged briefly earlier about setting up a bone marrow match drive. With the help of Michelle, MikeT, and Amy from Sharing America's Marrow...we got 175 new potential donors into the system. Only about 1 in 500 donors will be called to donate.

Circle back or fast forward to yesterday. The initial matches based on the HLA typing done in Austin were 9, but 2 were immediately discounted. MD Anderson went ahead with another HLA typing...you know to be sure. They had 6 potential matches, 2 of which appeared to be very good or they were at least very interested in them.

WTF. You signed up and are "unavailable". Day by day.

Next week Amy will start Consolidation chemo round #2 back in Austin. After that, she is being considered for a "cord" blood transplant. "Cord" as in blood from an umbilical cord that has been donated. 3 cords are needed for SCT...infants are small so they need 2 to use for the SCT and 1 as a back up. They don't have to be quite as close of a match since there are fewer 'variable', but they still need to be really good. MD Anderson isn't the pioneer of cord blood transplants, but they are the cutting edge right now.

Yesterday, punch to the gut.

The "new normal" that I spoke of last week was as simply as finding myself saying that "We hope Amy can avoid another round of chemo and go for a SCT." Chemo is tough enough, but there are a whole other host of potential issues with a SCT or any transplant for that matter. That's the new normal. Or saying that it was a good week simply because Amy didn't end up in the hospital.

Organizations like BeTheMatch and DeleteBloodCancer (SharingAmericasMarrow)...those matter, and I'll admit to not knowing much of anything about them before Day 0. Cord blood donation matters. There are other organizations that matter, I'll get to that in another blog as well. We registered 175 people for the registry. That's a good number. More awareness is needed. 175 people are in the process of being added. That matters.