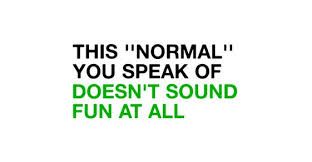 I could have had soooo much fun with selecting a picture for this one! There is just too much crazy going on in our World right now. By 'our' I mean mine and the world around all of us.

It's been just over 3 months since Day 0. Somewhere along the way I found myself answering when someone asked me how things were going..."Pretty good, things are pretty good." Or saying "I'm doing well. Amy is good." I thought later, how ironic.

12 months ago, we were both getting ready for Galveston 70.3. I would place 2nd by just 12 seconds. Amy might have won the race had she not had a tweaked calf muscle. Times change and with the times the perspective.

This week has been another hospital stay. Amy is there, but it is a 'we' kind of thing. I go every day when she's there. Monday was one of her all time worst days she said. Chemo continues to work even after you're unhooked. While Amy had been out of the hospital for a week, like the last round of consolidation chemo, she had a fever spike on Monday morning. At least this time we were at the hospital, and didn't have to go to the ER to get admitted.

It is kind of "normal" for fevers to occur when cancer patients are neutropenic. Headache, bacterial infection, different little (or big) aches and pains show up. Fun times. It is Thursday, and she kind of feels back to normal.

Hospital visits have become one of the new normals. Clinic and office visits will be the new normal from here on out. In the Stem Cell Transplant guide book, they talk of a patient's "new normal" after the transplant. I think that it is mostly from a life perspective. As Amy said early on "This changes you." It sounds simple and obvious, but it's true. And the "new normal" changes as we go.

It's difficult to explain the "new normal". Amy just wants to get to the next phase of the treatment. Understandable. And that comes with risks of its own. People have asked me what's next with racing, working, etc. I don't know. Really. No racing other than maybe US Master's Swimming nationals. Maybe a beer mile at IMTX. Amy is already thinking of her 'next'. Hard to say when or what. But it's the little goals. For now it's walking while in the hospital or at home. Oh, and maybe doing some body-weight squats along the way!

The other part of the 'new normal', and one that is hard to explain is the fact that the energy that is sometimes required to answer questions or emails or just talk can be overwhelming. That responsibility (see the caretaker blog) falls on me. There's a threshold that changes from week to week or day to day. For me (and Amy) a lot of the new normal is about managing energy. Energy that at times seems to be really positive, and at other times really negative. It is really day-to-day as they say.

Friends, family, acquaintances that have helped out in one of the many ways. Thank you. The donations. The items for the Fearless Fundo auction. Food. Etc. Too many to thank.

We didn't watch the documentary, but this week PBS had a 3-day documentary called "Cancer: The Emperor of All Maladies." It is streaming online now, so anyone with an internet connection can watch it.