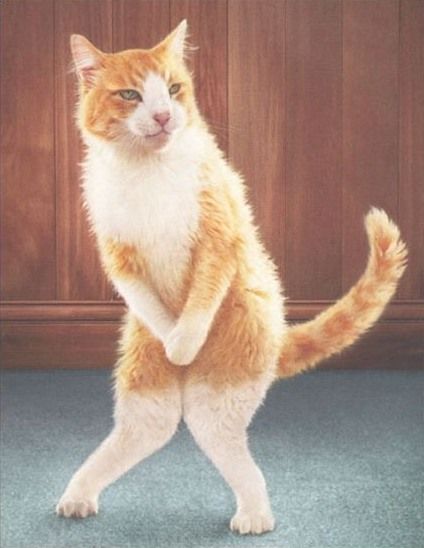 "There's no modesty around here"

"There's no modesty around here" is how one of the Drs put it before we left the hospital the 2nd time. That was over 2 weeks ago. Last Sunday we ended up back at Seton. After the 1st consolidation round of chemo, Amy had some fevers on Sunday. When you are neutropenic and you have a fever, bad things can happen. When her temperature hit 100.7 we hit the ER, and she was subsequently admitted. Another 6 days in the hospital.

I have 2 blogs to write. This one and one called "The New Normal." But for now this one.

If you can take one thing from this blog: Be your own best advocate.

During Amy's induction round of chemo, she had a few sores develop. It's not unusual. The Drs. and a friend of ours who had AML as a child warned of the possibility of mouth or other sores because of the way chemo works. And, when white blood counts rebound, there's the possibility that they are going to find something that is in your system that doesn't belong and attack it. After all, they fight infection.

Let's just say they were in the 'taint' or 'abc' area. Being cyclists, we were not overly concerned, but of course this is all new to us. Translation to you who aren't cyclists and have stumbled upon this blog for one reason or another: it is the area that "taint your @$$ and taint your b@!!s" or the "@$$ b@!! connection". When we (I) described it, I used "bunghole". The nurse got a laugh out of that. Got it...good.

Let's get on with it.

You can read anywhere that when you are in the hospital, you are your own best advocate. In this case, when something seems amiss, it's best to say something. Even if you aren't generally prone to "speaking up"...Amy isn't...learn to do so. A side note. If you are a 'caregiver' or 'caretaker' or whatever, my suggestion is to try to let the patient speak for themselves. If you need to, lead the conversation, but let the patient talk.

If food choices are available, speak to those that can help. If someone enters your room without wearing a mask, and you've requested it, speak to them an let them know they should wear a mask. Know what medications you need, and make sure they're correct. Learn them by color...two blue, two pink, one white were Amy's. Have a weird rash, speak to your Nurse/Dr about it. Need something, speak to whomever can help you. You know, use your words. Some say "Speak Up" as in "speak up for yourself".

For Amy there were a couple of things that were tough to speak to someone about. Both were likely caused by going from being active 20 hours a WEEK to lying in bed 20 hours a DAY!

Of course it was hard to speak to someone about some sores "down there". First she said something to me. Then she said something to a nurse. One of nurses brought some creme that seemed to make it worse. Thinking like a cyclist, we got some butt cream. You know, like you would for saddle sores or if you have kids a diaper rash...Boudreaux's Butt Paste or Monkey Butt. It wasn't getting any better, and the associated cremes and whatever weren't really helping. Soooo...after a couple of days, modesty left the building.

I'd already checked things. Then a '7 North' nurse or two. Then a 'wound care' nurse. Then the 'Internal Medicine Doctor'. Then the 'Infectious Disease Doctor'. Finally her Oncologist.

"Did y'all hear about the patient on 7 with those sores...you should check them out" is kind of how it seemed!!

At one point I think that there were 3 people looking at Amy's backside all at the same time. Pictures were taken to document things!! A day or so later, a 'Colo-Rectal Surgeon' came in!? Some lidocaine, a few incisions and all was better.

Be your own best advocate.

Amy asked if I had seen the friends episode with Ross' thing? I said no. She sent this... 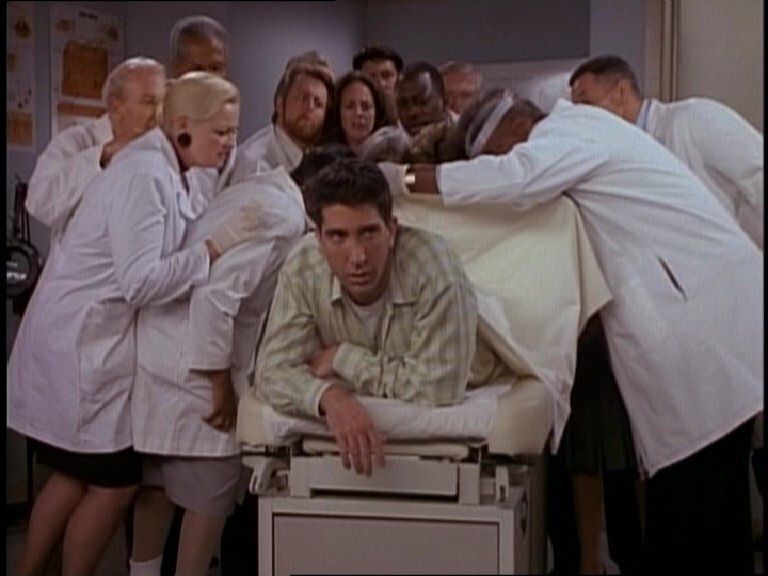