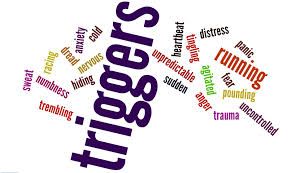 I haven't read too much about cancer or what a spouse/caregiver goes through during the process. One of my grandparent's had cancer. I didn't really know her and that was in 1978. I'd never really imagined what it'd be like, and I can't tell you what Amy's experiencing. She might write, but I doubt it.

The support has been overwhelming to say the least. That's good, we thank y'all for that. So far the hospital stay for us has been boring. Boring in that no news is good news. It isn't boring for everyone. Nor does everyone have the global outpouring of support that we have received. For that we're grateful.

She has finished her first round of chemo. Her white counts got low, and her immune system was very vulnerable. Chemo attacks fast growing cells like bone marrow and blood cells, hair, skin, etc. As an athlete who prizes red blood cells, hemoglobin, and hematocrit it is tough to see those fall, but they fall as well.

One thing that I've found out is that every conversation is different. The conversation with some of the people that I spoke with on the day of Amy's diagnosis (Tuesday 23 December) and after went very very different. My mom, brother, and sister in law listened in when we spoke to the Doctor. I didn't want to 'mis-hear' anything on that day so I called as soon as I could while we were in the Dr.'s office. With Amy's family, the conversation was very matter of fact. With two of my very close friends and my dad later that evening, I was a mess, a crying sobbing mess.

Since Day 0 I've talked to a lot of our closest friends and family as well as people in the tri and Austin community. Amy and I came up with 'winning' and 'losing' on Wednesday, Christmas Eve. We were 'winning' a conversation if we didn't cry. They could well up, but if the tears didn't fall we won. We 'lost' that conversation if they fell. I've won a lot of conversations I thought I would lose. I lost a lot I thought I would win. You just can't tell.

We have won and lost conversations with each other. There are just certain triggers that cause it. It's hard to say what it is, and I can't put a finger on it. Might be a name...one that you least expect to cause you to lose the convo. For me it's driving for some reason. My grandma passed away about 10 days before Am's diagnosis. I damn near had a mental breakdown driving home from the airport after dropping of the Rappstar after a hunting trip, and that was almost 2 weeks before Amy's diagnosis. Yeah, driving gets me.

Updates will be weekly at best. Most posts are a few days in the making. This is about the only time that I'm ok with 'losing' something. But, we've won many more than we've lost. Again, for me writing is therapeutic. As I said, the support early has been overwhelming, we'll also need it later.