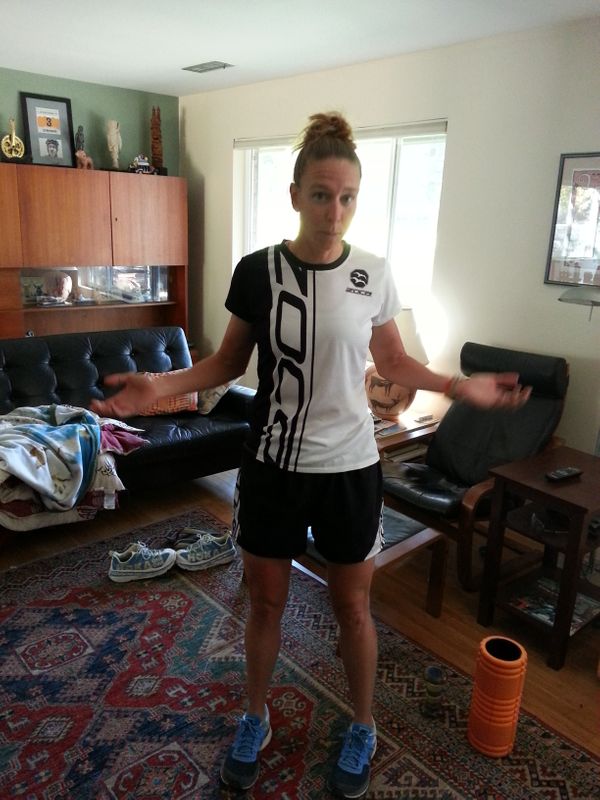 As Brandon has been on a blog roll lately, I've been busy with this parody account @therealstarky. Keeping it a secret has been tiring and it's also been quite time consuming but here are the facts:

I (Amy) am @therealstarky. Wow, that feels good to finally say.

Brandon has been getting e-mails asking if he's the @therealstarky or if he knows who the @therealstarky is and it cracks me up. Has he helped me create this parody? No. Just like my surprise 30th birthday party he kept from me and his parents surprise 40th wedding anniversary that he kept from them, I have been able to keep this a secret from him until now. Let me just say tensions have been high in the Marsh household!

I've been nicknamed 'The Truth' from an industry insider because I tell him like it is. He's even given me some good content for my tweets in some of our conversations. No holding back. But like I said in the Slowtwitch interview "Today in triathlon, pros seem overly concerned with being liked and spoken about positively in forums like Slowtwitch". So true. My coach now calls me Silent Marsh as I don't say anything publicly.

As for the Sutton comments? Well, I spent two years on TeamTBB with the Doc. So, I've had many days to listen to his ranting and ravings in Austranglish. Translating his tweets is no problem and I know what makes him tick.