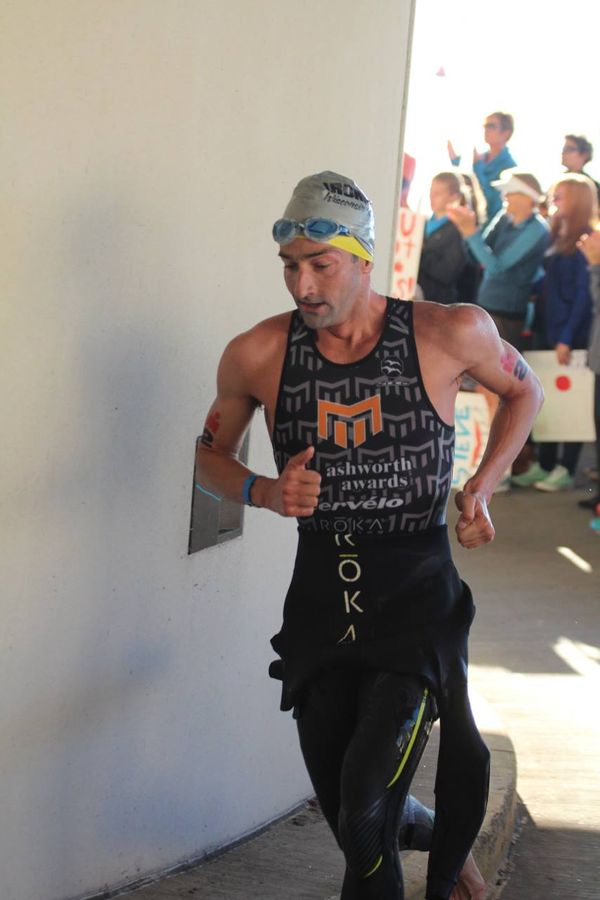 Absent a cool video or trying to be someone I'm not, race reports can be seemingly mundane. This one will be no different. It's taken longer than normal to post. Not for any reason other than procrastination. In fact, procrastination might as well be the theme of my race to a degree. It wasn't overly difficult to say that I had a good race. It isn't overly difficult to say that I placed 2nd to a better athlete on the day. I just procrastinated. I went dove hunting and camping instead of writing a race report!

But I was 2nd by 63 seconds, and a first place finish would have been infinitely better and the report infinitely more interesting. Congrats to Daniel Bretscher, who after a 2nd place finish at IMWI in 2013, crossed the line in first on September 7 at Ironman Wisconsin.

I led the swim, as I said that has been the case for my last 6 or so IM events. I rode well, but was a bit soft the last 1 hour or so. That was likely the difference in 1st and 2nd. Daniel and Pedro came in as a pair right behind me into T2, after swimming and riding the course together. And they were out in 2nd and 3rd onto the run, that's not the difference in 1st and 2nd really. I was out on the run in 4th...procrastination.

On the run, I kept saying we were running too fast. The IMWI course, both the run and bike, are neither easy nor fast. 5 miles like 31 minutes, losing time to Pedro and Daniel. 10 miles about 63, still losing time...procrastination. By 19-20 miles Daniel was in 1st, and I was still in 4th now about 2.5 minutes back...procrastination. With 10k to go it was apparent that I was going to catch Pedro and Z-German. I was slowly catching Daniel, and with 5k to go I guess you could say I took that handbrake off. But it was too little too late...procrastination.

It is easy to find 70-90 seconds over the course of 8.5 hours. It is not easy to say just how linear riding 2 minutes faster would have been. I might have run the same, I might have run 5 minutes slower. Who knows. 2 minutes off the bike before Daniel and Pedro might have forced the two of them to run even faster early. Both may have paid for their early too fast miles. Who knows.

1st is infinitely better than 2nd. I had a good race. I will own both of those statements. The harder one to own or answer is the one that has been very common this year. That is "What's next for you?" 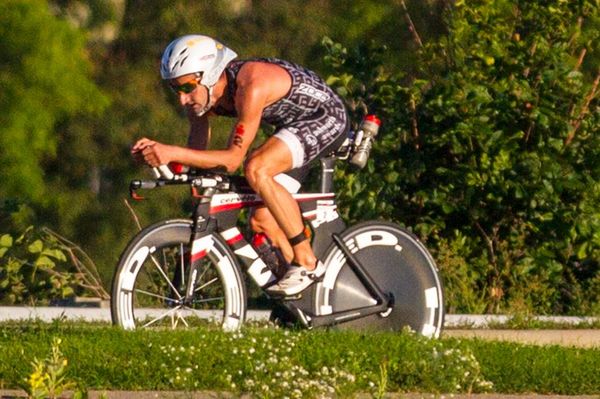 What's next? We're racing in Sugarland in a few weeks. It's very close to 'home' for me, and where I swam as an age grouper. I was sent this the other day.

So, once again thanks to all of those who have helped us get to this point of the season. The support from Ashworth Awards, an IM partner, has been great. Cervelo has continued to ensure that the legs and not the bikes are the limiters. Thanks also to Roka, First Endurance, and Cobb Cycling. You can find our other supporters here. Thanks also for Paulo for the plan.