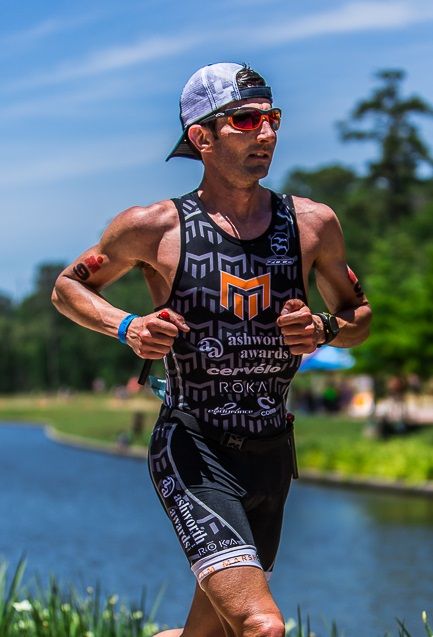 I figured I'd get this one up before I let things settle too much, maybe catch a bit of emotion. I was 8th at IMTX. I wanted to win. I trained to do better than I finished. At any level, and I repeat it to the athletes that I coach, IM is a day of small choices. As a professional athlete racing to win it is extremely important to make as many correct choices as the day goes along. To say that I am happy with 8th would be lying. Getting paid is better than not, but, I'm not satisfied with my performance. And some of this might come off as sounding a bit harsh or 'hard on myself', but that is the way athletics are, especially IM racing at this level. For as good as parts of the day were, the result is what mattered, and I failed on race day. It would have taken, for me, a more heroic effort to have won the race, but I was better prepared than an 8th place.

I had a very good build going in to this race. I had a mental hiccup in late-March before 70.3 Galveston. I was tired, grumpy, and uninspired with the schedule that I had laid out. I wanted to win IMTX, and I said so to Paulo at the end of 2013. But as I settled on my 2014 schedule I said "well what if I DON'T win". And, that became my focus. I figured rather than race and give my self a chance to win, I would just NOT race. I set up a schedule that was relatively (very) uninspiring for me. And, that affected my approach, my sessions were good but my head wasn't fully committed. After a pointed email exchange with Paulo, I committed to this race. I felt that things changed nearly overnight.

I had a job to do and a plan to follow. I did that very well for about 5.5 hours on Saturday. I swam hard from the go as is customary. It was an odd wetsuit swim in May in Texas. As I rounded the second main turn buoy it looked like I had a gap. I exited the water with about 1:15 over the next group of 4. On the bike and I was able to do a really good job sticking to my plan, and surprisingly my lead grew as I rode over the chase group...until Jordan closed a 3 minute gap on them in about 20 miles and single-handedly pulled them up to me at mile 64. At that point, Jordan went up the road and the three others stacked up behind me. I was still sticking to the plan, doing my job. A bit of cat an mouse ensued. Jordan got a gap, I pulled it back without overly exerting myself, the 3 seemed content to stack up behind me. We pulled into T2 less Timbo Reed (who had received an overtaking penalty) about 3.5-4 minutes behind Jordan.

After that, I put my running shoes on with a well thought out and laid out pacing plan and shelved it. I didn't 'intentionally' shelve it, but the first miles felt easy. Easy and fast and there is time to gain was what went through my head. Rookie mistake, very rookie mistake. I was making up time to Jordan and those behind were losing time. Only Bevan was running better. I'll get on the plan at mile 9 after the first loop became the new plan. But, by then the damage had been done. I was running well, fueling well, but not drinking nearly enough.

I hit mile 15 and my quads felt worse earlier than they had in just about any IM that I can remember. All of the hard surface miles in training, and this was new. I had one run early in my IM build that was under conditions almost identical to IMTX on Saturday. Dry, warm, windy. I under-hydrated, got sore late in that run, and struggled to finish that run. The same thing happened Saturday. I strayed from the pacing plan. I was on a high. I'm in my home state doing well, cruising through aid stations not doing my job of hydrating. The wheels fell off. I suffered. I had 2 late passes to go from 6th to 8th.

I can rationalize and say 'nothing ventured nothing gained'. Or that I gambled and lost. Sure, I led the race for 1/2 of the race and was in 2nd with less than 2 hours to go, but what matters is the placing at the finish. The sting of defeat hurts and the lessons learned or re-learned are hard ones. I'm better than this. But in high performance results count, and I didn't deliver. I was my own undoing, and most times that's what separates the absolute best from the also rans.

I'd be remiss without thanking Paulo for the coaching. Miami 70.3 2011 dang near retired me. From then, Paulo started coaching me. I'm sure that I've given him more than a few 'WTF' moments...a few Saturday I'm sure. But, he's a constant and pushing us to do better daily.

Special thanks to our sponsors. Ashworth Awards just came on board as title sponsor, and we will be doing some tri-related content for them. Cervelo has been with us for the past 3 years. Roka, Zoca, Cobb Cycling, and First Endurance are key to our successes. We've got a great team of folks behind us local, national, and friends. We are fortunate to be able to chase this crazy dream and make a living doing something that we love.