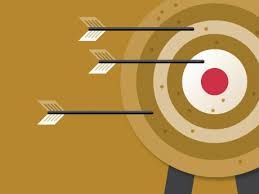 We are not succeeding in posting "more" frequently. This will be a not quite year end update.

'Team-Marsh' had 2 athletes at Ironman Florida last weekend. Both had very good races given their respective seasons and lead ins. It was a very process vs. outcome type of day. Each of them had a detailed race-day plan and process. They focused on their race day process rather than the specific outcome of the race. Process = controlling the controllables. Outcome = placing or Kona qualification, etc.

For one of our athletes in particular, the weeks and months leading in to the race seemed to have a focus on 'Kona'. Ironman has, in Kona, a real crown jewel. Every athlete of every ability wants to compete in Kona at the Ironman World Championships. And, because of the qualification set-up it seems as if 'Kona' is in the grasp of every competitor.

As is typical in the weeks preceding an 'A' race, I talk at length with my athletes who are racing. I would group athletes generally into 3 categories when it comes to qualifying for Kona: no chance at Kona, possible to qualify for Kona given the right scenario, and almost certain to qualify for Kona given no mishaps. A particularly difficult situation is the athlete who is 'on the bubble' for Kona qualification. For one of our athletes...TrainingPeaks updates as well as social media posts indicated that there was a lot of Kona, Kona, Kona talk. Yes athletes, your coaches do sometimes follow your social media posts.

I read most of 'Outliers'. I have not read 'The Sports Gene'. What I do know is that the 10,000 hour rule, while really sexy and intriguing, is a myth. In any field, there will always be those who simply 'get it' much faster than the rest of the best and the rest of the world.

Winning Kona certainly qualifies as elite athletics. Qualifying for Kona as an age grouper, we are also talking about elite athletics on a different scale.

Qualifying for Kona does not define the success of an athlete. And I feel like many people need to be reminded that there are simply always going to be people better than you in athletics in particular. They have a physiology better suited to endurance or sprint athletics. Their eyesight is better for skill sports. Their coordination is better. It's not a rigged game like some will argue 'life' can be. Simply working harder will not get everyone to Kona.

The focus needs to be on the nebulous 'process' as opposed to the results based 'outcome'.

Triathletes have earned a reputation for being type A. For being OCD. Unable to rest. It's a deserved reputation. Generally high achievers. People who are used to personal and professional success. Work hard, reach your goals. Set SMART goals...everyone in corporate America knows that. Qualifying for Kona might be a goal, but it's not necessarily a SMART goal.

Control the controllables. That is part of the process. Race your race. Your worth as an athlete is not defined by whether or not you qualify for Kona. Having a process rather than outcome based focus is a better metric for most on the starting line.

As you look to next season, sort out how you're going to approach it.