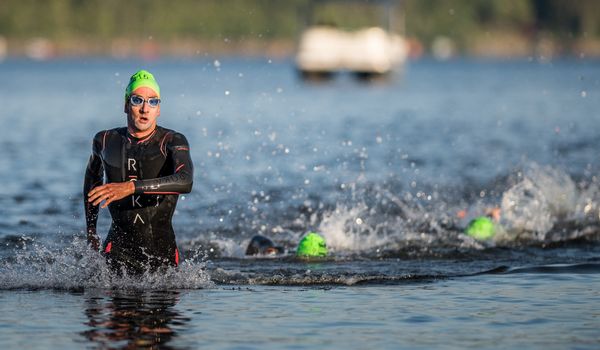 I've been meaning to post this up for quite a while. Several people from athletes to retailers to coaches have asked me about the Roka wetsuits. Specifically what is the difference in the Maverick Elite and Maverick Pro. In all of 2013 I wore the Maverick Elite, mainly because when we came on board with Roka that is what they had in my size...good suits sell quickly!! Men's and Women's versions.

I stayed in the suit at Ironman Mont Tremblant and could have upgraded right after. Knowing that my next race was Kona, and that I wouldn't be wearing a wetsuit I waited until 2014 to upgrade. Now that I have raced and swam/swum/whatever in both suits, I can give some honest feedback of the differences.

The Pro is made of the more flexible 40 series rubber in the sleeve/chest/back vs. the Elite in 39 series rubber. For the layperson, that means that the Pro is more flexible BUT it is also more fragile. Fingernail cuts are more likely in the Pro unless you are careful. This is typical of almost all suits, the higher end suits use 40 series Yamamoto rubber, while the mid range generally use 39 series.

The basics of the two suits are the same. Thicker lower-body, a 5mm piece that runs vertically up the center of the chest along with thinner upper body (2-3mm) and arms (1.5-2mm).

Another difference is that the Pro also has a thinner panel of neoprene running the length of the leg whereas the Elite does not have this, so the entire leg seems to be wrapped in 4-5mm neoprene on the Elite. This thinner strip of neoprene is the Roka Speed Stripe.

My thoughts are that the Elite 'might' be a tad bit more buoyant because of the lack of the RS2. So, consider this when choosing your wetsuit.

Both the Pro and Elite have 'catch' panels or at least forearm panels. The panels on the forearm of the Pro are very thin lycra-like material. If you have seen a B70 Helix, they are similar. The panels on the Elite are the same thickness as the rest of the arms, but with a slightly textured surface. As a side note, for 2014 the Elite does NOT have catch panels.

What you get in both suits is really good flexibility. It is cliche to say that they are the best suits that we've worn since we are sponsored athletes, but they are the best suits. Amy has no love for wetsuits, generally. She's very happy, she had one of her best swims ever recently at Galveston. Training, yes. Wetsuit, yes as this is the only one that she has really liked.

Summary. Both are great suits. Flexibility where it matters is there in both. The Elite might be slightly more buoyant than the Pro. The Pro seems to be designed more for 'swimmers' in mind. I'm going to go out on a limb and say that he Elite might also be a slight bit warmer if you have particularly cold swims.Keep these in mind when picking between the Maverick Pro and Maverick Elite.

For fit, we generally size by weight first and height second. We typically pull the legs and arms up pretty high so that there is less restriction in the shoulder/arm area as well as less pulling from the crotch to Use 'ROKA-Team-Marsh' to get 10% off of your order! 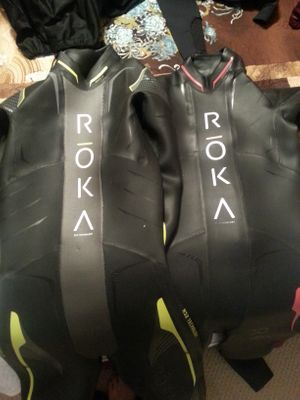 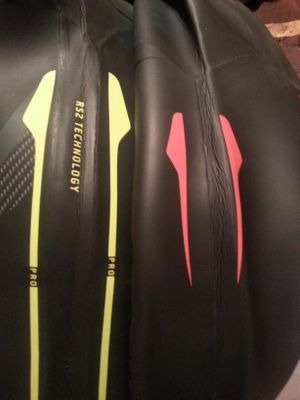 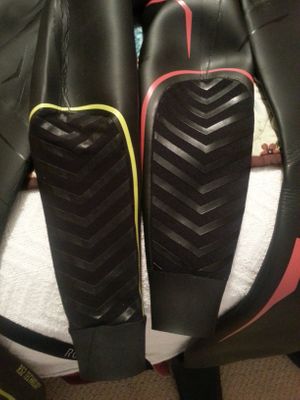