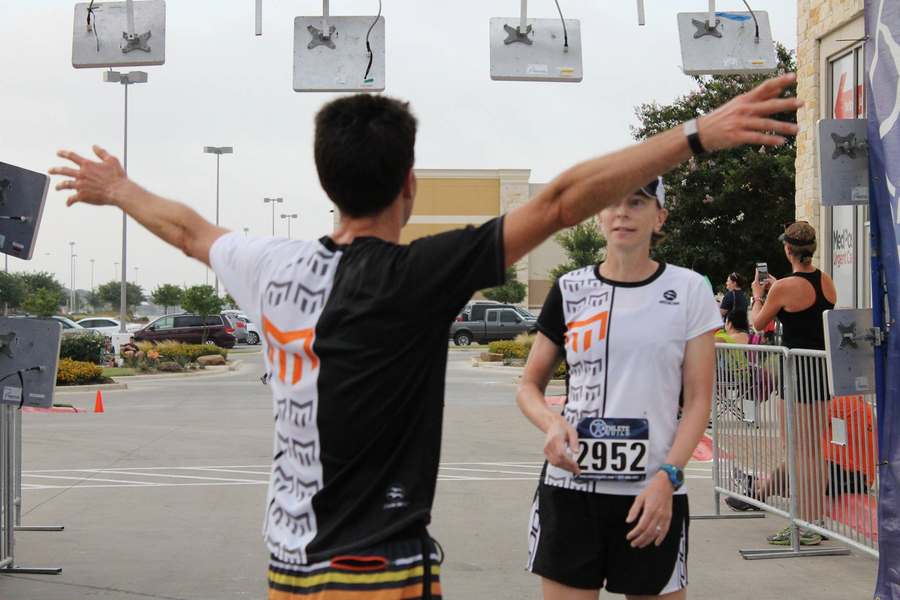 It's been awhile. Almost 2 years exactly, since Amy and I lined up at the same race. Or lined up for any race, besides life, for that matter. Calgary 70.3 2014 was the last time we raced the same race. I would finish 3rd with a kind of wonky calf that would feel like it was going to take me out of IM Wisconsin a couple of months later. It didn't, and I finished 2nd at IM Wisconsin. Amy would finish 5th at Calgary, not quite high enough to garner her a spot to Kona that year. She would race a sprint race in October of that year knowing something just wasn't "right".

We have both been exercising. Exercising. Movement is good studies say. Nothing too hard these days. I say that honestly. About the only 'training' I feel like I do is swimming. Swimming has been the only thing that has allowed me to keep my sanity during this whole process. Tommy Hannan said that swimming was his 'Yoga'. I agree with that, my appreciation for swimming has grown over the last 18 months. My exercise routine is as follows:

- 3ish runs a week, 30 minutes each...generally. Sometimes 2. 1 run each week I try to mix it up and do some light 'speedwork'. My knee has an issue, but it's manageable. The issue it has is not where the pain is, nor do 3 of the docs think it's the cause of the pain. So, three runs a week of 30 minutes it is.

Amy's schedule is about the same as mine with less swimming and 1 more gym session. In "celebration" of the 1-year anniversary of her treatment, Amy wanted to find a 5k on June 4. We weren't able to find one. Nusha, one of our past athletes and friends, asked us if we wanted to run the 5k that her business Orange Leaf in New Braunfels sponsored on July 16. Since we didn't find one on June 4, we said yes.

I was 2nd overall to Frank Barrientez, a high schooler from Geronimo. We both went 17:58, he outsprinted me.

Amy wasn't counting places really, it was more than a small victory to be out there. It was 13 months after they essentially kill you to bring you back to life with a Stem Cell Transplant. I admit, I was a little emotional in the photo. It's the same picture that you would have seen at many of the previous races we did together. Amy ran 22:30, good for a 35-39 age group win and 6th overall.

I guess I didn't make enough of a flair with my retirement notice from triathlon. Funny that. I get asked a lot what I'm training for, what is my next race, and if I miss competing. I do, but I don't. It is a hard sell for many athletes, especially some adult athletes who started competing as adults. I retired mainly on my terms. I think that to be able to retire a little on your own terms helps in any situation.

I'd planned on retiring from professional triathlon (making a living racing) at the end of 2014. I viewed retiring as just that, a retirement and a shift into coaching or possibly back to engineering. I was ready, and even though my last 2-3 years of racing were my best, I was ready to retire. 65 seconds separated me from a win in my last official race as a professional. I wasn't disappointed though. I'd had a lot of 2nds in my lifetime. Steve Magness calculated that 88% of the athletes at the track and field Olympic Trials go home disappointed. It's higher than that at the swimming Olympic Trials. I finished my career successfully, and mostly on my terms. I was ready for a shift in focus.

The shift would turn out to be 1+ years of caretaking.

I don't miss getting up early for race starts. I don't miss swim starts. I don't miss having to ride my bike for 4,000 kilojoules whether it takes 4 hours or 6 hours. I miss seeing other pros and hanging out with them at the races. I miss seeing some of the other locations and some of the travel. But mostly, being a pro triathlete is like many jobs, it has it's ups and downs. And for all of the fun times, it was at times a 'job'. It just paid (pays) quite a bit less than some other occupations would have. So, yes I miss parts of it. I don't miss other parts of it. I retired on my terms, and that helps. I feel like I knew when to say when, and the landscape isn't getting any easier for pros. It was time.

Could I race again? Maybe, if it sounded fun. If I could run with reckless abandon, some of the swim/run events sound fun. Alaskaman has a certain lure to it. 140.6 miles do not. A 5k with Amy sounded enjoyable, so I ran and sort of raced.

One of the most frequent questions I get is "what are you training for?" or "What is your next race?" The answer is and has been 'life' or 'whatever sounds fun'.

The other question that is common is "Is Amy going to race again?" I suspect so, somewhere. Maybe the 5k was a start. 2015 was going to be her 'final' season of racing. Like many, she didn't finish on her terms. A 5k last weekend, maybe another in a few months, it might be the start of finishing on her terms. 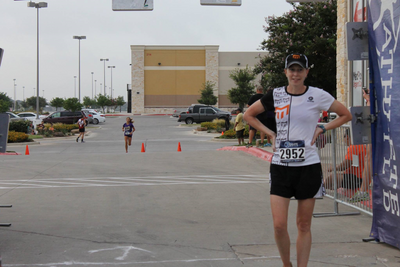 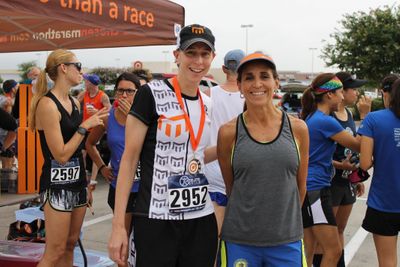 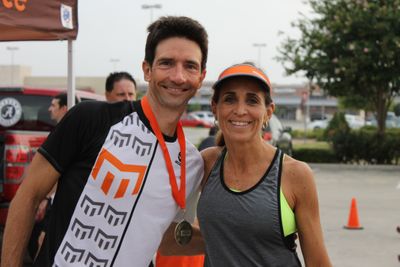