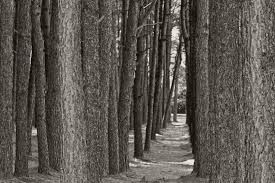 The Forest for the Trees...brought to you by Ashworth Awards

It’s been another year already, and we find ourselves trying to figure out the best way to close out the season for you. Since it’s the giving season, and people are putting together gift lists, we thought that we'd write indirectly about ‘stuff.’ Triathletes love ‘stuff.’

How many times have we lost sight of the situation as a whole? We worry or think daily about what shoes to wear, what foods to eat, what workouts to do. Maybe we should just focus on keeping it simple.

Today we touch on gear.

We have a swim bag with suits, goggles, swim caps, paddles, pull buoys, fins, kickboards, tempo trainers, and you name it. We have bikes, wheels for training AND racing, powermeters, cyclo computers, GPS, bike shorts, bike shoes, jerseys, winter gear, summer gear, rainy day gear and cold gear. We also have run bags with shorts, shoes, tops, socks, hats, tights, and a myriad of other things. As triathletes we have other stuff like gels, electrolyte replacement drinks, salt tablets, recovery drinks, body glide, sunscreen, and more. And let’s not forget about the bike racks, stationary trainers, race results books, race memorabilia, awards, and everything else.

We like equipment as much as anyone. Between the two of us we have raced on a dozen or more different bikes. Some bikes we've bought, some we've been fortunate enough to have given to us. We would venture to say that 2 seasons per bike is not unusual for a lot of athletes. But, are those bikes really making me faster? Every new bike has an aero enhancement these days or a different type carbon layering with different shaped tubes to make the frame aero in one direction, horizontally stiff in another yet vertically compliant in the other. What does it all mean and does it really matter?

All of that is to say, quit worrying about what bike you have right now, and just make sure you ride it. Remember that the bike is NOT going to be the biggest factor in how fast you go on race day, it is going to be the training and preparation. But, in case you are wanting a new fangled go fast bike…our biased short list would include any of the Cervelos...P2, P3, or P5.

What about a GPS, heart rate monitor, powermeter, bike computer, CompuTrainer, Wahoo KickR, and the like? They definitely cost money. It’s really cool to tell someone that you just hit 900 watts in that city limits sprint or that you averaged 250 watts for that Olympic distance race. But again, if making sure you maintain 233 +/- 5 watts for your supra-tempo-sub-At-Z3 interval is taking the fun out of your training, just get on your bike and ride.

Try to keep the role of equipment in perspective. It is there to get you from point A to B, ideally as fast as and as comfortable as possible. If you think that saving 10 grams with the latest carbon doo-dad is going to help you cut minutes off of your time, you are missing the forest for the trees. Get as nice of a bike as you can afford, buy fast tires, wear tight fitting clothes, stay aero. Get a GPS or other bike computer or running watch and just mainly swim, bike, and run. Get a nice pair of goggles and a couple of pairs of running shoes that fit your feet. Use them and use them often.

Stay focused on the bigger picture.